John Lennon’s Bible and the Occult Significance of 27 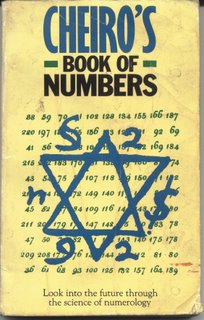 The Catcher in the Rye was, of course, Mark David Chapman’s bible, and the “missing chapter,” 27, was the chapter he wanted to write, as I said in Nowhere Man, in John Lennon’s blood. But Lennon, too, had a bible: Cheiro’s Book of Numbers. After Lennon discovered this book, which explained in simple language the occult “science” of numerology, he couldn’t so much as dial a phone number without first consulting Cheiro, and he couldn’t walk out of the house without finding mystical significance in every license plate, address, and street sign.

Lennon, who was born on October 9, had always been aware of the strong presence of the number 9 in his life. He considered it his lucky number. His son Sean was also born on October 9; he’d written songs titled Revolution 9, One After 909, and No. 9 Dream; Brian Epstein first saw the Beatles at The Cavern on November 9; and he met Yoko on November 9.

But it was only after reading Cheiro that Lennon came to understand that the multiples of 9, particularly 18 and 27, were as important as 9 itself. As Cheiro explained, the single numbers 1 to 9 represent “the physical or material side of things” and compound numbers from 10 on represent the “occult or spiritual side of life.”

Here are a few things Cheiro wrote about 9:

“Number 9 persons are fighters in all they attempt in life. They usually have difficult times in their early years but generally are in the end successful by their grit, strong will and determination. They are hasty in temper, impulsive, independent and desire to be their own masters.”

“When number 9 is noticed to be more than usually dominant in the dates and events of their lives, they will be found to make great enemies, to cause strife and opposition wherever they may be and are often wounded or killed either in warfare or in the battle of life.”

“They have great courage and make excellent leaders in any cause they espouse. Their greatest dangers arise from foolhardiness and impulsiveness in word and actions. They generally have quarrels and strife in their home life. They strongly resent criticism. They like to be ‘looked up to’ and recognized as ‘head of the house.’ For affection and sympathy they will do almost anything, and men of this number can be made the greatest fools of if some woman gets to pulling at their heart strings.”

“This number 9 is the only number that when multiplied by any number always reproduces itself. The number 9 is an emblem of matter that can never be destroyed. At the 9th hour the savior died on the cross. All ancient races encouraged a fear of the number 9. The number 9 is considered a fortunate number to be born under, provided the man or woman does not ask for a peaceful or monotonous life and can control their nature by not making enemies.”

The symbol for number 18, Cheiro wrote, is “a rayed moon from which drops of blood are falling; a wolf and hungry dog are seen below catching the falling drops of blood in their open mouths, while still lower, a crab is hastening to join them. It is symbolic of materialism striving to destroy the spiritual side of the nature. It generally associates a person with bitter quarrels, even family ones, war, social upheavals, revolutions; and in some cases it indicates making money and position through wars. It is a warning of treachery, deception by others, also danger from explosions. When this ‘compound’ number appears in working out dates in advance, such a date should be taken with a great amount of care, caution and circumspection.”

Lennon spent a great deal of time making notes on the “birth numbers” and calculating, according to Cheiro’s arcane formula, the “name numbers” of those closest to him. There were 9’s and 18’s everywhere. Yoko Ono was born February 18. Paul McCartney was born June 18. John equals 18 or 9. (According to Cheiro’s laws, all compound numbers should be reduced to a single number.) Yoko Ono equals 9. Sean Ono Lennon equals 9. Paul equals 9. Richard Starkey (Ringo’s real name) equals 9. Mimi Smith (the aunt who raised him) equals 9. The Dakota, on West 72nd Street (9), was built in 1881, which equals 18 or 9. And the year, 1980, was also an 18 or 9.

In Nowhere Man, the number 27 doesn’t come up in relation to Lennon until Chapman appears on the scene. Cheiro, ironically, calls 27 a “good number” symbolized by the scepter. It is, he says, “a promise of authority, power, and command. It indicates that reward will come from the productive intellect; that the creative faculties have sown good seeds that will reap a harvest. Persons with this ‘compound’ number at their back should carry out their own ideas and plans. It is a fortunate number if it appears in any connection with future events.”

Once upon a time, Mark Chapman—whose first name, according to Cheiro, calculates to 9, and whose last name calculates to 27—I’m sure, would have agreed. He certainly did carry out his plan.

Here’s Cheiro chart for calculating name numbers. Each letter is given a numerical value from 1 to 8 as follows:

Here’s the complete workup for Chapman:

Seven is also the number of John Winston Lennon. Sevens, according to Cheiro, “make extremely good writers, painters or poets, but in everything they do, they sooner or later show a peculiar philosophical outlook on life that tinges all their work. They often become rich by their original ideas or methods of business but they are just as likely to make large donations to charity. They create a religion of their own, but one that appeals to the imagination and is based on the mysterious. They have wonderful dreams and a great leaning to occultism; they have a gift of intuition, clairvoyance, and a peculiar quieting magnetism of their own that has a great influence on others.”

You can look it up—in the Book of Numbers.
Posted by Robert Rosen at 11:11 AM

I stumbled upon this blog from google, interesting his life was indeed. I don't know if you did this on purpose but you posted this at 11:11 speaking of numbers....

one thing i don't understand about the complete work up of Chapmans name, what exactly is the formula, how do you go from double digits to single digits?
any help much appreciated
Thanks

Just saw these comments. Not sure how long ago you posted them.

Anonymous #1: 11:11 happened by accident...unless you don't believe in accidents or coincidences.

I hope that's clear. If not, I recommend you read Cheiro, or "Nowhere Man," where I explain it in a lot more detail.

Thank you both for writing!

My birthday is today. Ive followed Cheiro for years. The power of numbers is evident in everyday life and everyone should know how to harness this power to their individual needs. I am a strong Aquarian who knows what I want but also I know that the no 9 is a magical number which makes me unique. MK.

I'm truly amazed by all of this esspecially being a big fan of Lennon and never knowing about this really puts my mind to work on how it all makes so much sense and that he could have been bigger than Elvis but I'm still debating with myself on that but I'm looking into this numerology stuff but ain't to sure about it.

strangely, i was listening to an audio recording about the "billy meier contact notes" @ about 6:25 in the 56th page out of the 158 pages on youtube, the plaedians supposedly told billy about a man from egypt named Cheiro who used numerology to predict the future, and how his work should be looked into further. i typed hisname into google, and found this...altho he obviously isnt from egypt, it is still soo strange.

For what it's worth, Anonymous, you were the 29,999th visitor to this site. And this is the 9th comment on this post.

I just found out that J.D. Salinger died on the 27th of January. How's that for a coincidence?

I'd say it's a good one, one that Lennon (if not Salinger) might have appreciated.

Robert Rosen
I'm a writer, best known as the author of "Nowhere Man: The Final Days of John Lennon" and "Beaver Street: A History of Modern Pornography."